Let's begin to talk about our food, and how it's grown. 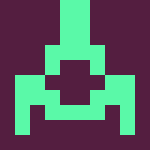